Caffeine Crawl
The LAB:
The team behind Caffeine Crawl is known as The LAB - created to assist craft and specialty beverage companies with their marketing needs to help them reach their objectives.

The LAB was founded in 2009 by Jason Burton, who has worked as a marketing director and brand manager in the specialty food and beverage industry since 2004. Emphasis at the company is on unique and higher-end products. Putting a knowledge of beer, wine, spirits, tea, coffee, soda and anything drinkable to work, we do everything from graphic design, media coverage, social media, product launches and events, to signature recipe creations and other witty tactics.

The goal is to help inform consumers about quality-driven beverage information from around the globe, and to assist producers that care about a better overall solution in their niche market. The LAB is a matchmaker for consumers and brands within the specialty beverage world.

The LAB shares positive beverage news throughout its social media channels, create unique marketing solutions for the industry, and plan events from coast to coast. 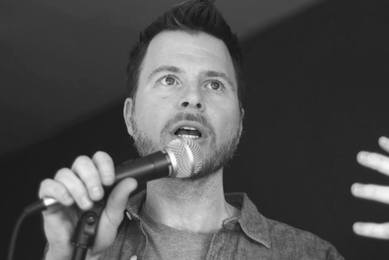 Jason Burton:
After 5 years as a graphic designer and art director, Jason followed his craving for beverages. His first taste for specialty coffee came early while in college in Missouri where the local roaster and coffee shop became a homework spot and meeting place for him. This was 1996, so light years before the world of coffee we live in today.

Professionally, Jason won design awards in St. Louis, Richmond, and New York producing creative from small businesses to a stint as a package designer for Victoria's Secret corporate. His portfolio was mostly within the music, fashion, and food industry covering promotions and illustration.

After leaving New York in 2004, Jason entered the beverage industry working as Marketing Director for The Roasterie in Kansas City. He later switched to the fine dining experience with an emphasis on craft beverages for Houlihan's Specialty Concept restaurants covering territory from Kansas City to Hartford. He was Brand Manager for the Concept through 2009. During these early years in the industry he also contributed articles to several food and beverage publications, worked on regional drink competitions, and spoke at national conferences.

Jason started The LAB, formerly known as LAB 5702, in the fall of 2009 out of his home. Almost exactly two years later Caffeine Crawl was launched. The LAB has been recognized as one of the most engaged and consumer-friendly beverage marketing companies in the country. To learn more about The LAB, please visit our site.